Save the dates: NAMI Mass is celebrating 40 years!

You are here:
EventsHomepage NewsNews 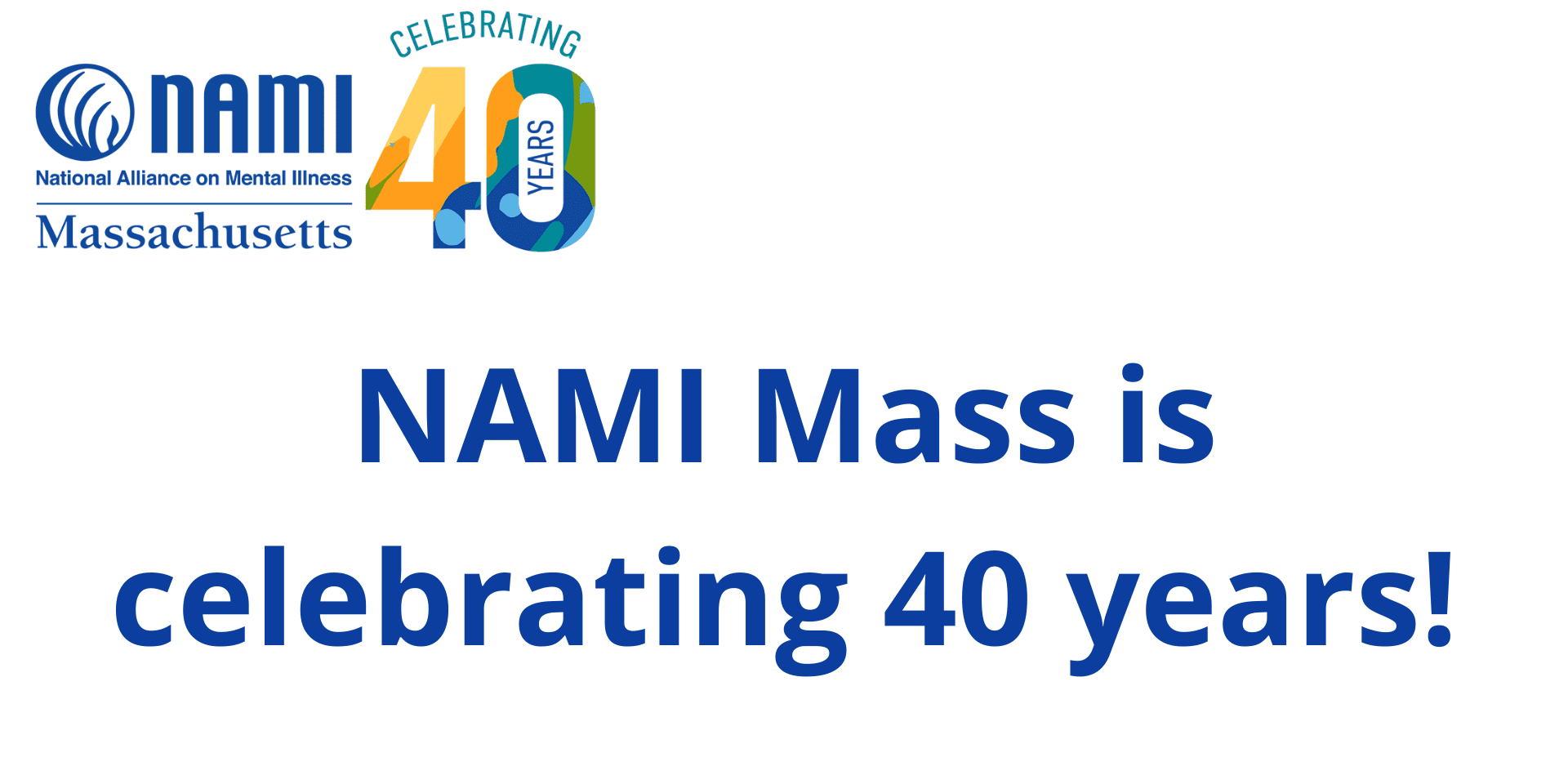 Save the dates: NAMI Mass is celebrating 40 years!

2022 marks the 40th anniversary of NAMI Massachusetts. We will begin our celebration on the evening of Wednesday, September 7 at a fundraiser dinner and continue at our 40th Annual Convention on Saturday, November 5.

Our anniversary fundraising dinner will celebrate NAMI Massachusetts’ achievements over the past 40 years and those who have contributed to our success. The evening will feature an address by Congressman Jamie Raskin, who represents Maryland’s 8th Congressional District and serves on the House Judiciary, Oversight, Administration, and Rules Committees.

We are accepting workshop proposals for the NAMI Mass Convention!
07/28/2022

New Resource Collection: Resources for People who Have Experienced Trauma
06/17/2022